Hey everyone! Comic Natalie ran a really interesting article promoting a book about Akimi Yoshida’s work and creative influences over the course of her career, which was released around December 25th in Japan for the 40th anniversary of Yoshida’s debut as a mangaka. Based on what I can muddle out from google translate, it looks super cool, and features answers to fan questions, dialogues between Yoshida and other prominent Japanese artists and critics, and more! The article itself runs a couple of interview excerpts from the book, and I found this bit from a 1994 conversation Yoshida had with Kaoru Kurimoto (AKA Azusa Nakajima) especially neat:

Yoshida: “California Story” is based on Yutaka Mizutani and Kenichi Hagihara’s “Battered Angel,” isn’t it? “Midnight Cowboy” knew without saying that. It was the influence of the American New Cinema of the 1970’s that first inspired me to draw things.
[…]
Nakajima: Is that not just the origin of “California Story,” but the origin of Akimi Yoshida herself?
Yoshida: All origins.
Nakajima: That’s it (laugh)
Yoshida: In this case, I will do my best. Because of this, when relationships between men appear in my drawings, physical relationships are not absolute. That is the origin, so I can not imagine.
Nakajima: Surely.
Yoshida: A kiss or something comes out but it does not contain any homosexual physical relationship…
Nakajima: Because the image is of Jon Voight and Dustin Hoffman.
Yoshida: Yeah. So it does not lead to bed. In other words, it seems that the baby chick looked first at what she saw as a parent.
Nakajima: “Imprinting,” right?
Yoshida: That’s why it is something that I will pursue forever.

It’s super intriguing and illuminating to me that Yoshida was so strongly influenced by American New Wave cinema–one of the most striking things about Banana Fish is how much texture and character New York City has as an environment! It also shows us how she was able to imagine possibilities beyond the heteronormativity of her influences while still being constrained by them; she was able to write deeply intimate, and even romantic, relationships between men, but these relationships were still ultimately non-sexual and distanced from “homosexuality.”

Please take this translation with a huge grain of salt, as I really just lightly edited google’s translation, and can’t guarantee that it’s super accurate or reliable–I absolutely welcome any corrections! That said, I hope this is an interesting, informative little highlight, and really encourage everyone to check out the article and the book for more information about a genuinely fantastic mangaka.

3 thoughts on ““Things We Forever Pursue”: Excerpt from Comic Natalie on Akimi Yoshida” 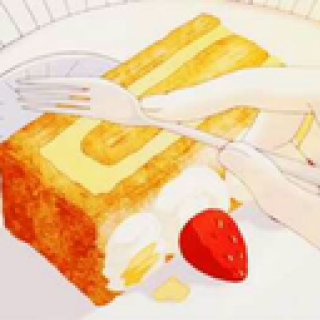 Your one stop shop for feminist analysis of BL manga, anime, VNs and more! Home of the ever-growing list of 100% consensual BL manga titles and in-depth reviews posted, er, when I get around to them. Questions and requests are welcome--contact me at @feministfujoshi on tumblr or @blusocket on twitter!

Thoughts on anime and translation

Contemporary Japanese Visual Culture, the Otaku and the mirror of desire.

Some Pretty Thoughts About Anime....

I drink and watch anime

Is this just fantasy?

I love the movies, which is why I like to blame them for everything.

What Did You Read Yesterday?

Blerd with a Blog and a Love of 2D Boys

Come chill on the couch.

The (Not-)Selected Writings of one Zeria

a blog for perverted females

Free to Be ME!